by SIGNAL TO TRUST 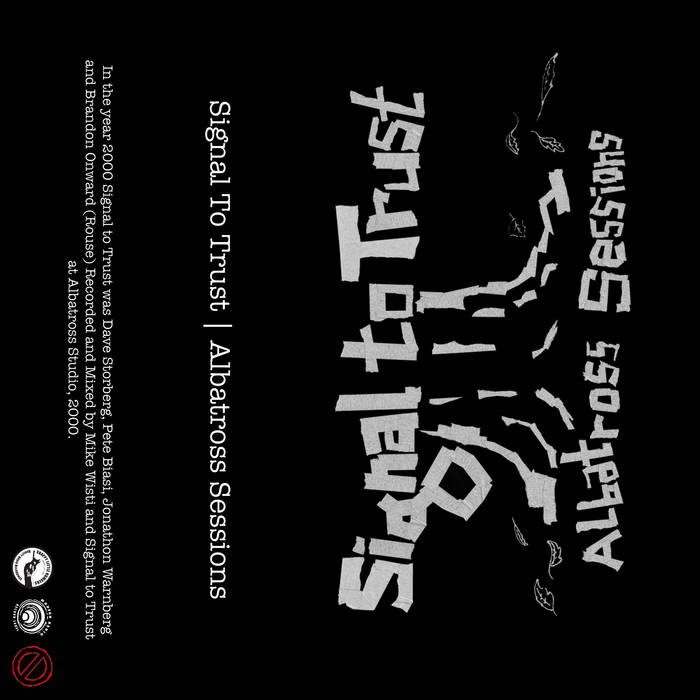 Signal To Trust began with Jonathon Warnberg, Pete Biasi and Dave Storberg a few months after the breakup of The Misfires, the instrumentalists’ prior band, at the turn of the century in Minneapolis, MN. They were joined on vocals by Brandon Onward (Rouse) and played their first show on April 1, 2000. In September of 2000, they recorded 11 songs with Mike Wisti at Albatross in Chicago, IL and left for a West coast tour that October. By spring 2001, Brandon had left the band and the recordings were shelved. Signal To Trust’s would-be debut album, originally slated for April 2001, has finally been released for the first time ever in April 2021. What’s 20 years when the material is this good?!?! Although Signal To Trust would go on to achieve much with different lineups for many years following that first change, the original quartet made a lasting impression. Now a world of keen ears can hear why.

This release is a collaboration between TAHRC, Snappy Little Numbers of Denver, CO (www.snappylittlenumbers.com), and Modern Radio Record Label (modern-radio.com). Each label will have 25 copies available during this initial preorder. If you find our copies have sold out, please visit them and support their contribution to this legendary album finally being released!

Recorded and Mixed by Mike Wisti and Signal to Trust at Albatross Studio, 2000.

EST. 2013 // MUSIC FROM THE DIY GLOBAL COMMUNITY // NO GENRE RESTRICTIONS

Bandcamp Daily  your guide to the world of Bandcamp